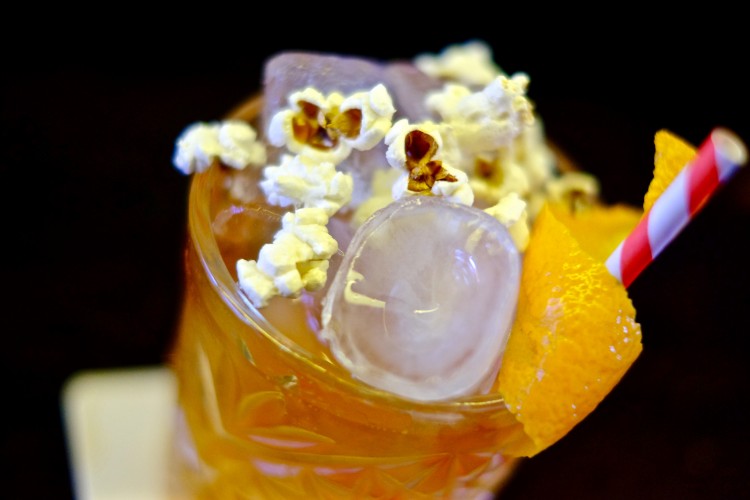 Jesse Dunford Wood is the chef proprietor of The Parlour in Kensal Green and a modern day Willie Wonka. He effortlessly combines great food with a fun feel and a chic atmosphere. I recently bumped into Jesse at a trade event and he told me to check out The Parlour again as it was only four weeks old the on my last visit that was over a year ago. I thought it was good then, I couldn’t wait to get back and see how it had settled in. 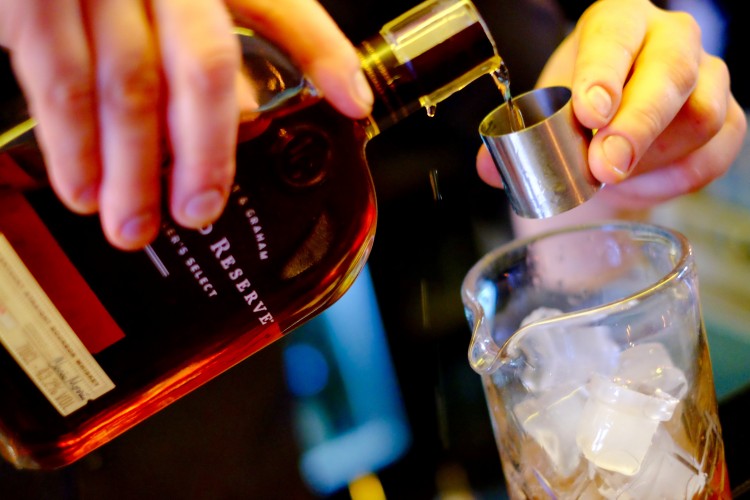 J my companion for the meal was running late, very late it turned out so I had the enormous pleasure of working my way through the cocktail list (I didn’t tell her this of course). These are playful and grown up. My favourite was an Odeon Old Fashioned, Jesse’s take on the classic Bourbon based drink. His twist was adding popcorn infused Four Roses Bourbon and butterscotch syrup. It was extremely good and comes with some popcorn on top. Another caught my eye enough to try, it was 51 shades of Grey with an Earl Grey bent, another ‘grown up’ winner. 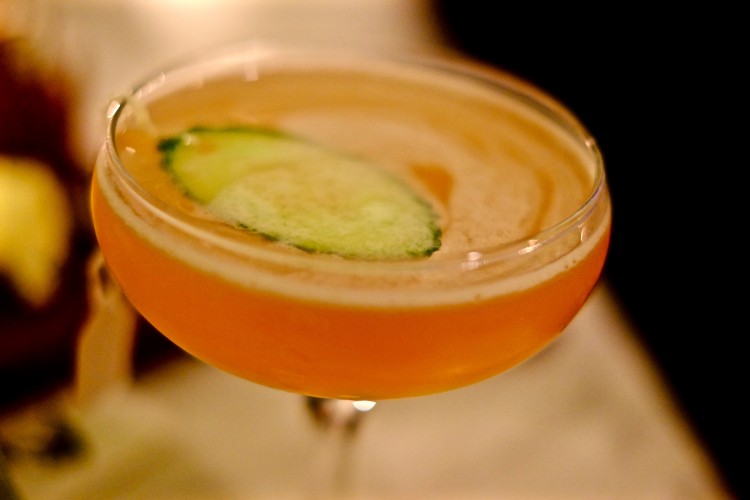 My last visit was for Sunday lunch where it was all nappy valley and Bugaboos as well as excellent food. The evening vibe is slightly different with people meeting after work and friends catching up under low lighting and gentle music. J arrived full of apologies and remorse (well she put on a good show anyway) and to ease her stress I suggested a cocktail. A pomegranate punch soon arrived delivering the white rum, lime, ginger and pomegranate seeds it promised. J was soon in the zone and we decided to order. 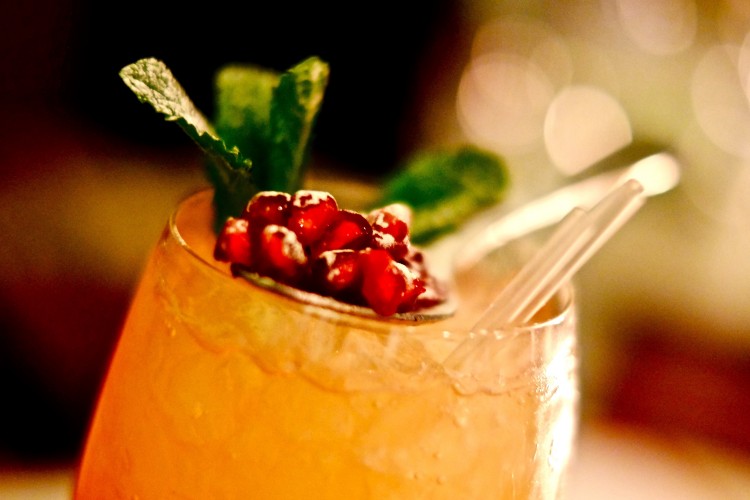 A basket of DIY pheasants eggs with celery salt and ‘back door’ smoked salmon with soda bread kicked off the show. The DIY aspect is that you peel them yourself. The funny thing about the beautiful hard-boiled eggs is I found them curiously moreish. I think I had three! The salmon was superb, thickly cut and gently smoked and full of the right flavours. The bread was a natural accompaniment. 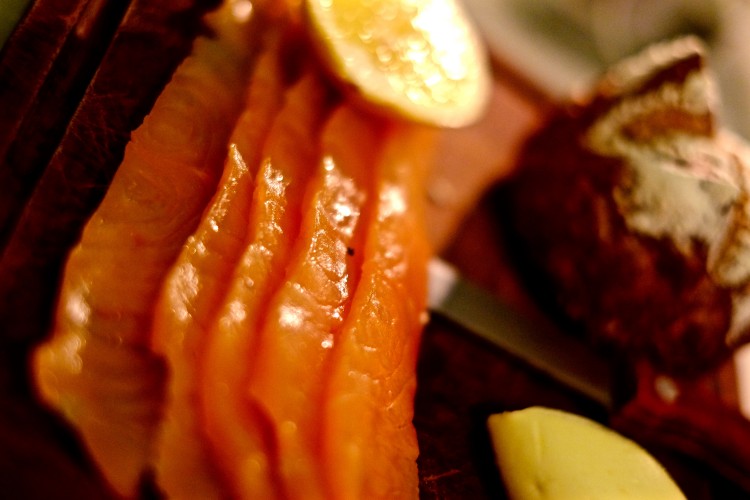 J had explained that the reason she was late was due to a work meeting, one of those meetings where you can’t be seen to look at your watch. As tick followed tock she was becoming more anxious about time. At the end of the meeting when she explained the predicament her boss gave her a lift to the station to speed her journey. What a great boss to have! 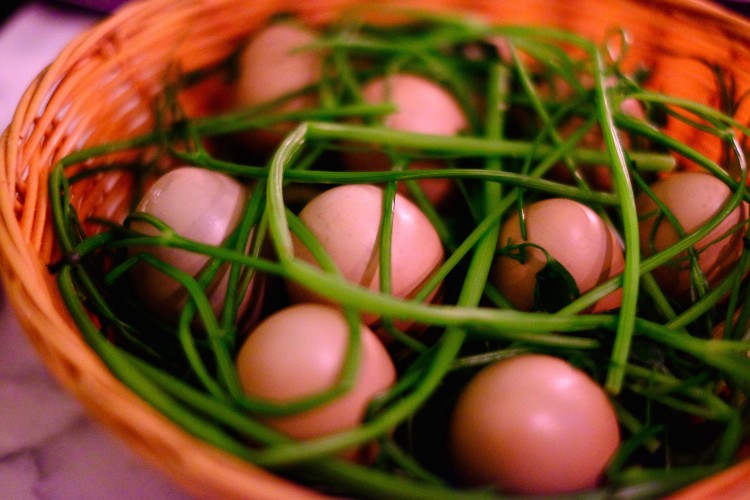 The suckling kid with white broccoli and Jersey Royals was a plate of food that I could have eaten blindfolded and still known it came from The Parlour. Jesse has this knack of creating distinctive food without fuss. I enjoyed it very much for its respect of ingredients and tremendous taste. J went for chicken Kyiv (Kiev) a large ‘Scotch egg’ of chicken with the bonus of garlic butter in the middle. Clever and tasty it came with hash browns that J devoured so quickly I could barely get a taste. A delicate side salad proved a worthy addition to our table. 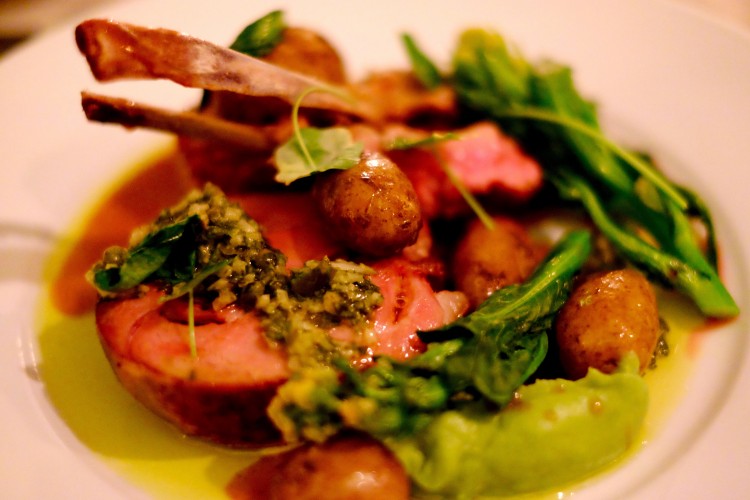 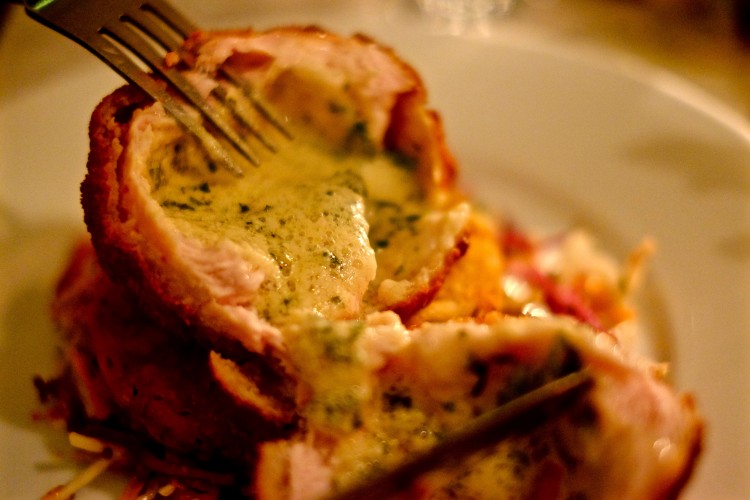 Our attention was drawn to a bit of a commotion at the chef’s table, a small booth area next to the kitchen that is available for those special occasions with friends. Jesse and his team will feed you all night until you pop. We went over to have a look at what was the finale of their meal. Handed headphones we watched through a porthole as the guests (all wearing headphones as well) were treated to Jesse ‘performing’ dessert on the table. 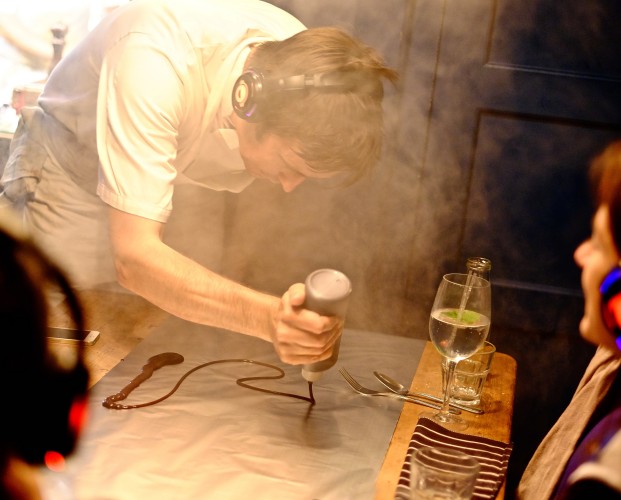 Jesse then covers the table in foil and proceeds to place a multitude of sauces, spots, wiggles, pies, meringues, cakes, brûleés, fruit and goodness knows what in front of their eyes (while torching some of them). He built the dessert to the sound of syncronised music and audio clips that you can all hear in the headphones. It was the closest thing to food ballet I have ever seen. J thought the effect was mesmerising and elevated Jesse’s panache and elegance to a higher art form. This was such fun to watch. A showstopper of an event that would make any special occasion truly an unforgettable one. 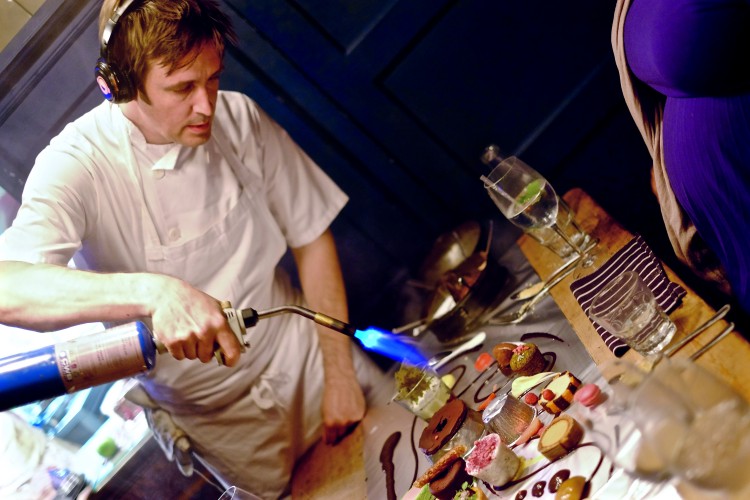 Back at our table we were full but spurred on by what we had just seen ordered some wild strawberry macarons and a few chocolate bon bons to share. These gorgeous little beauties were heaven. The Parlour offers great food and great value; the starters are around £7 and the most expensive main less than £18. 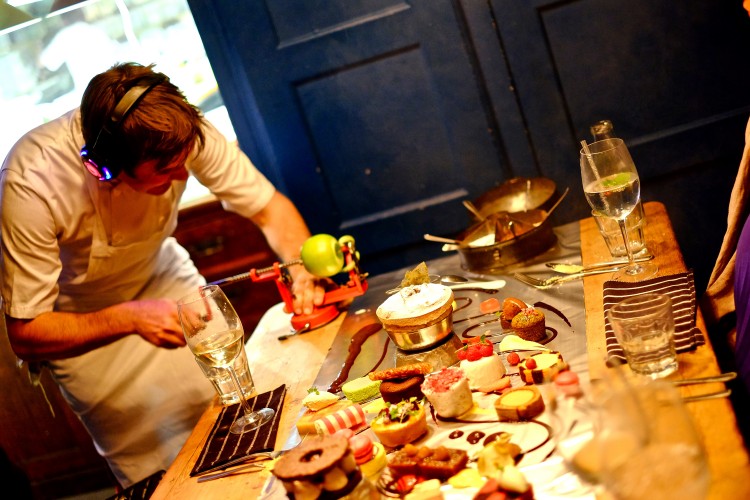 The Parlour is a little gem that I suspect will run and run. I hope it becomes an institution famed for the great food and the inventive mind behind it. Above all it is a relaxing place to be, which is a large part of a successful evening out. I really didn’t mind that I was on my own for the first hour. I was in good company and had a chance to sample a few more cocktails that I would have normally. But don’t tell J she might make a habit of it. 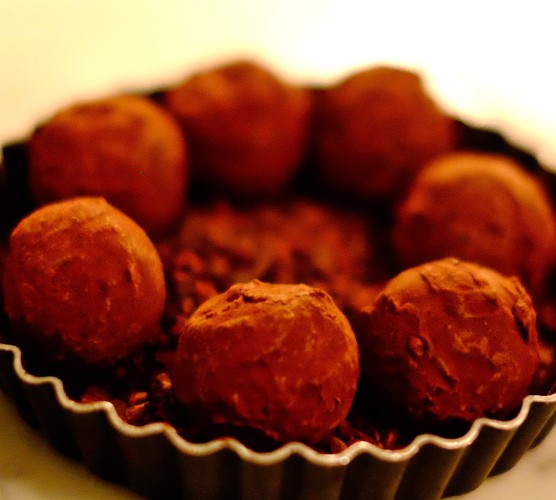 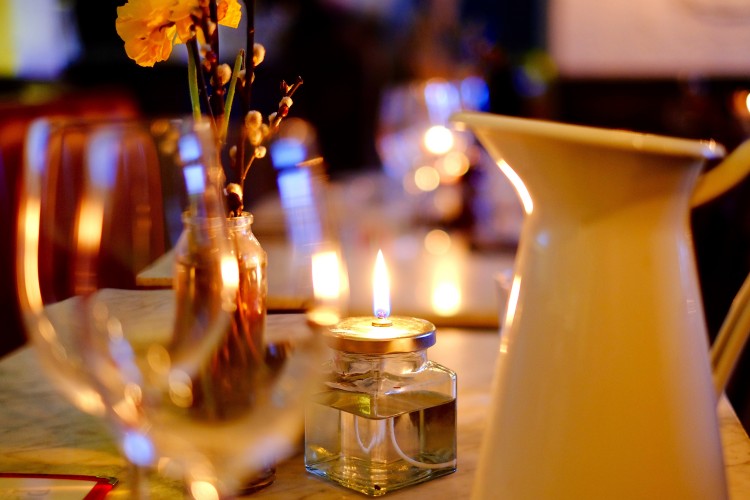