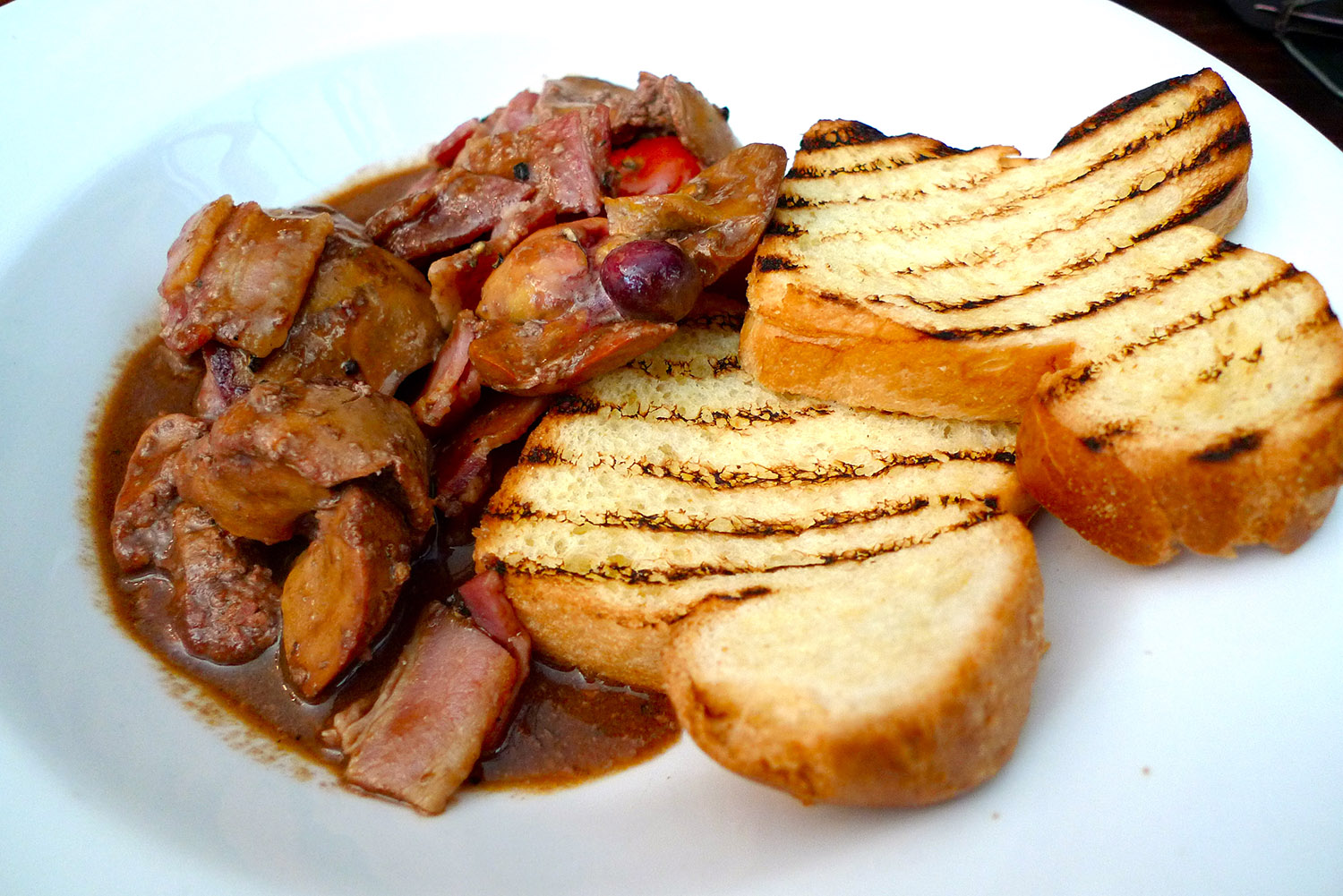 The rambling layout of The Water Poet may confuse you at first. Initially it’s a good old London Pub in the heart of the regenerated Spitalfields area near the city. But on further inspection it has it’s own restaurant and considerable outside space. Bernadette Forde is the head chef here after a three years stint with Richard Corrigan. This shows in her cooking, as although the dishes are simple they are well cooked and presented. I had Pan-fried Chicken Livers with Bacon (not really sure how else you’d fry them in anything other than a pan though!) This came with some bread as well. Thankfully I elected to share this with my fellow diner as it was very tasty with a strong meaty blast and almost earthy flavour but I would have been pushed to eat a whole portion on my own. But it was good value priced at £5. The service here could do with looking at as our next course was a good old standard of the gastro pub ‘The Aberdeen Angus Cheese Burger’ the menu said you could have bacon as an extra for £1 but neither of us were asked if we wanted that. Service was polite but a bit slow and although it was lunchtime the place wasn’t so busy that they were rushed off their feet. Something I feel they should look at if they wish to retain a loyal following. The burgers were after the wait very good. And came supplied with marvellous home make chips – nice and brown and chunky – nothing anemic on this plate! This is not so much a destination to eat at but it certainly is a great place to meet and share food. As well as a full menu of small plates and main courses they have a whole page dedicated to food to share such as Meatballs in Arrabiata Sauce, Honey and Mustard Cocktail Cumberlands and Pressed Pork Belly and Apple Sauce. These are very well priced around the £5-£6 mark. So I would say that if you are in the area (and Spitalfields has a lot to offer, so do go) and fancy a break from the usual fodder of chain restaurants then this might well be the place for you.