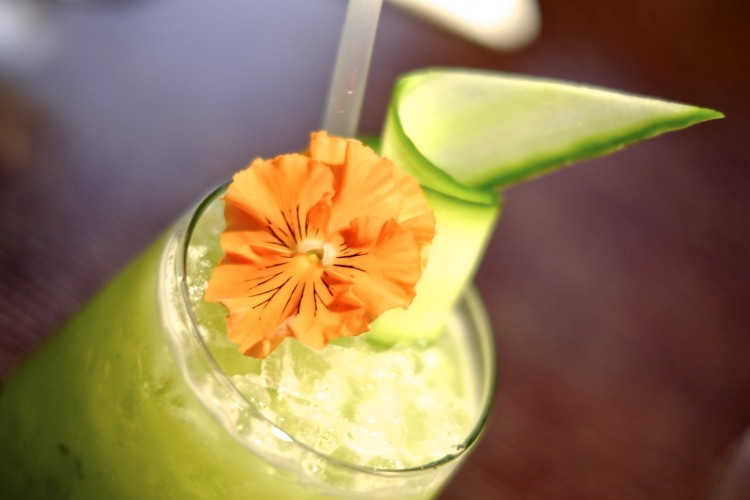 Tredwell’s is Marcus Wareing’s new West End eatery that has a more relaxed approach to food than some of his other restaurants. This is no standard Michelin starred gaff with starched napkins and staff to match. This is a genuinely relaxed experience with some enjoyable food and fun staff. 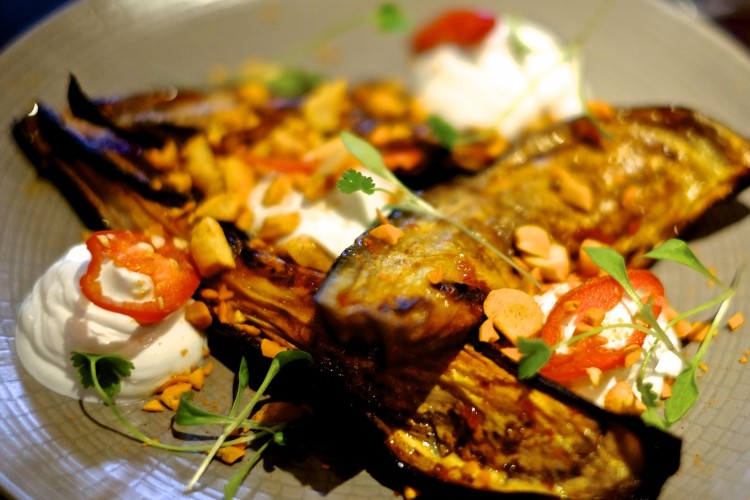 We went en famille for Sunday lunch. They promised a decent weekend roast as well as their usual menu. Offerings were divided into snacks, starters, mains and sides with puddings and a junior’s bringing up the rear. The roasts have their own menu card and offer Goosnarch chicken for two to share and beef rump, Yorkshire puddings and gravy both served with lashings of roast potatoes and carrots, cauliflower cheese and buttered cabbage (that had bacon in it which was glorious). 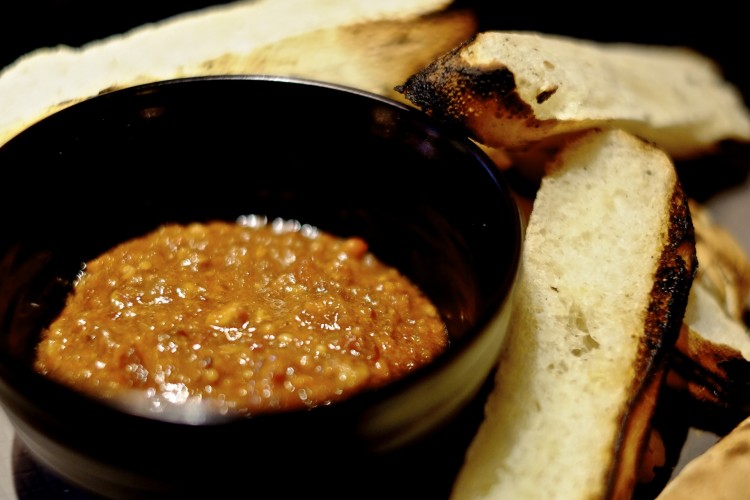 The snacks section caught M’s my eye and she chose chorizo jam with charred bread. If ever a dish was under sold this was it. The chorizo jam is blitzed up chorizo sausage with olive oil and the bread is charred on a griddle. This is brilliant. I loved the taste of the sausage, which becomes like grown up baby food when it’s ‘jammed’. A great snack, starter what you want it to be, so simple and so tasty. 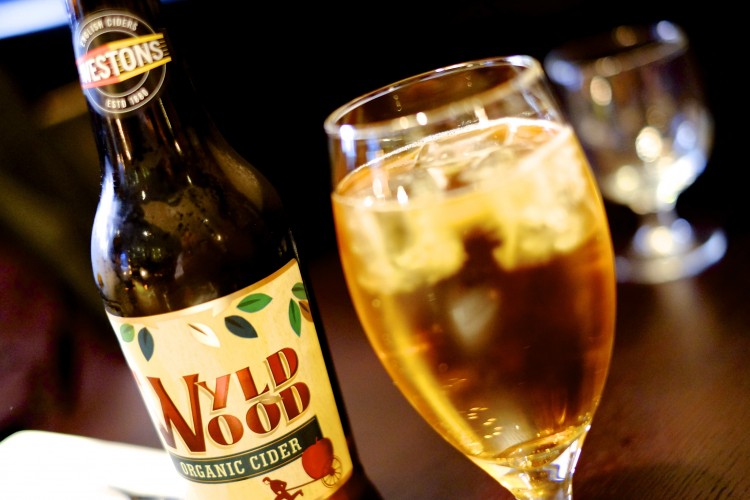 X was feeling fishy so had a bowl of beautifully subtle prawns with white polenta, roast garlic and chicken broth. It had the freshness of a spring onion broth, light but with flavour. From the junior selection A, devoured the BBQ chicken sticks with a light BBQ mayo. Good choice for kids as it was soft delicate chicken and the mayo quite mild. 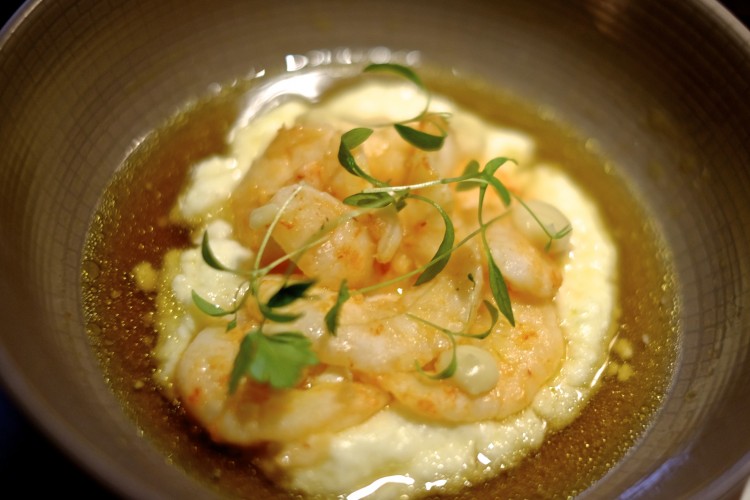 My harissa glazed aubergine with peanuts coriander and chilli had a really good kick with the North African spices working well with the large slices of chilli, which were tempered by a useful amount of yoghurt. It had a lovely smokiness to it, a good choice for vegetarians who are well catered for. 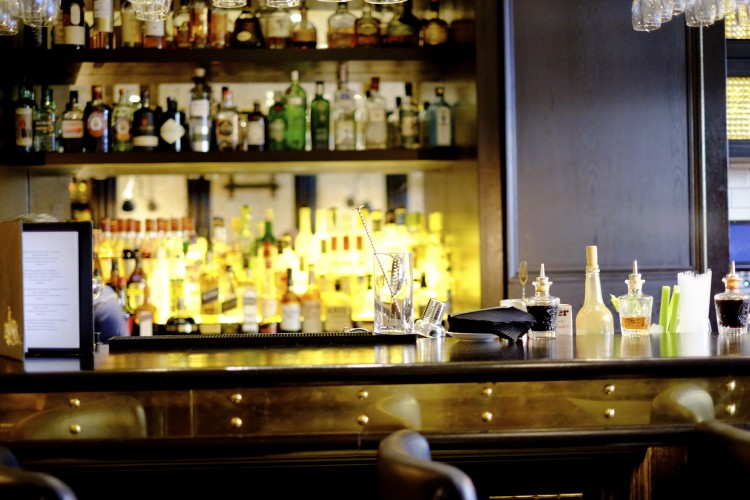 The feeling here is very walk off the street. You can book but are equally welcome if you’re spontaneous. The size of Tredwell’s is misleading. From ground level you can see a number of booths and a large cocktail bar and some smallish tables. But there is in addition a small mezzanine level and ‘ice berg’ like it has a giant basement where most of the tables are and another cocktail bar. Perfect for that hideaway lunch. The buzz is good too. It’s only been open for two months and it was at times full. The dining is all day here so you can eat when you’re hungry not just conventionally. 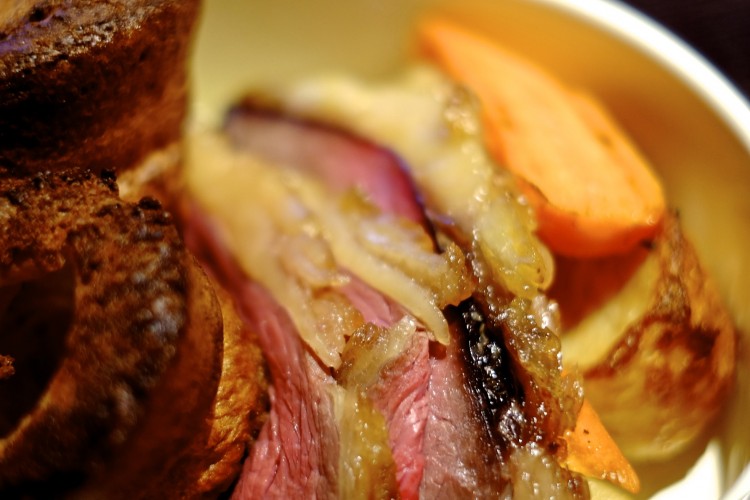 The main choice for me was easy, beef, no question. The children’s menu is missing a trick here, A wanted roast chicken (what nine year old boy doesn’t enjoy roast chicken?) but it’s not on there. The mains for juniors were Cornish cod, Scottish salmon and courgette spaghetti. I think this is too short and having two fish and no meat makes for little choice. But M came to the rescue and shared a fabulous roast chicken with him. Both my beef and their chicken were exemplary roasts. Crisp roasties and good puddings and the inclusion of macaroni cheese (which is very American but I wholeheartedly approve) only made it better. Off piste we found X who went for rib eye steak with a peppercorn sauce. This was outstanding. The beef is from Cornwall (that’s all the info I could get from our friendly waiter Leroy) but it tasted brilliant and was beautifully cooked. X might only be 16 but he has progressed from well done to blue steaks in a few short years and this was a real beauty with a gentle smoked flavour from the grill. If you go, order one. 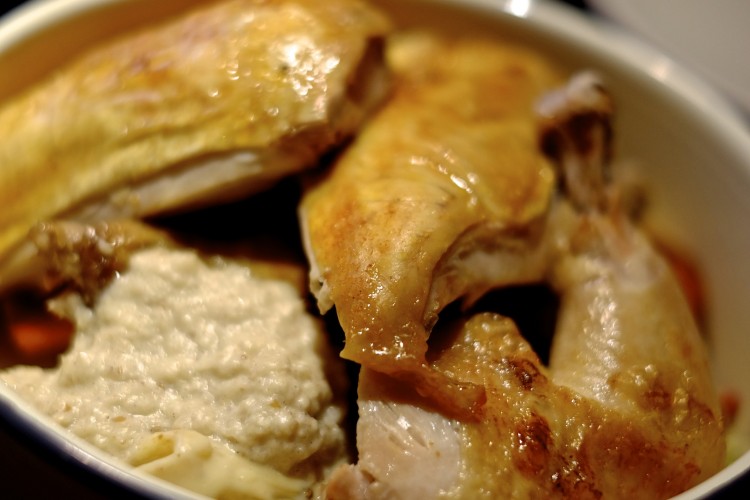 It’s worth talking about the drinks, they have a good selection of wines, beers and an artisan cider or two, which are complemented by some interesting non-alcoholic cocktails and well made classics. I enjoyed a robust Old Fashioned before our meal. The boys both raved about the very good fresh apple juice. 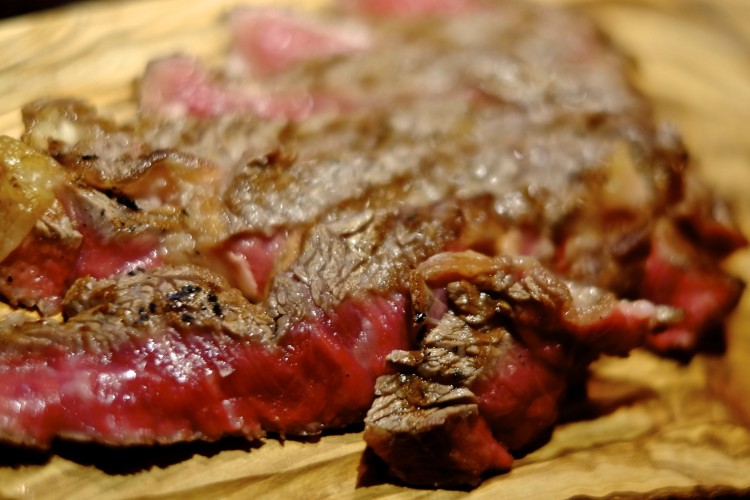 Puddings (as they are called here) offer a few treats. M was feeling the effects of such a large chicken so ordered a delightful small jar of a few salted caramels that come with two sticks (for sharing one presumes but they were so good I wouldn’t bank on that happening) sweet and salty they were a fine end to her meal. X being adventurous had pain perdu, maple cream and crispy bacon. The French toast was the only nod to Michelin precision all lunch. In a perfect rectangle and a slab of semifreddo maple cream next to it with tiny bit of bacon sprinkles garnishing. This worked and was really good. I think you could have this at any point in weekend brunch meal and it wouldn’t be out of place. 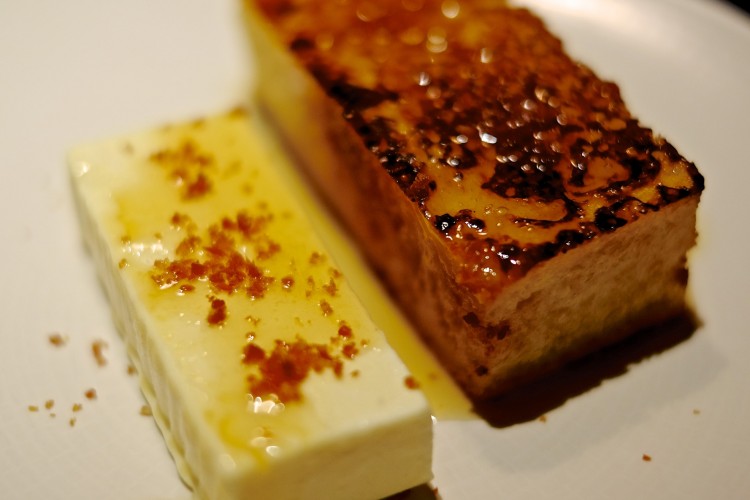 Tredwell’s, like all restaurants established by chefs who know what they are doing has hit the ground running and seems like it’s been there forever and in my mind already seems set to be one of my regular haunts. I liked the approach to all the food, not fussy or elaborate but still full of flavour and punch. A little tweak with the children’s menu and I think there will be queues round the corner after a visit to this year’s Panto. Tredwell’s is less than nine minutes walk from no less than 12 West End theatres so there’s no excuse, if you find yourself wandering around after a show you might even find Tredwell’s ‘is behind you’! 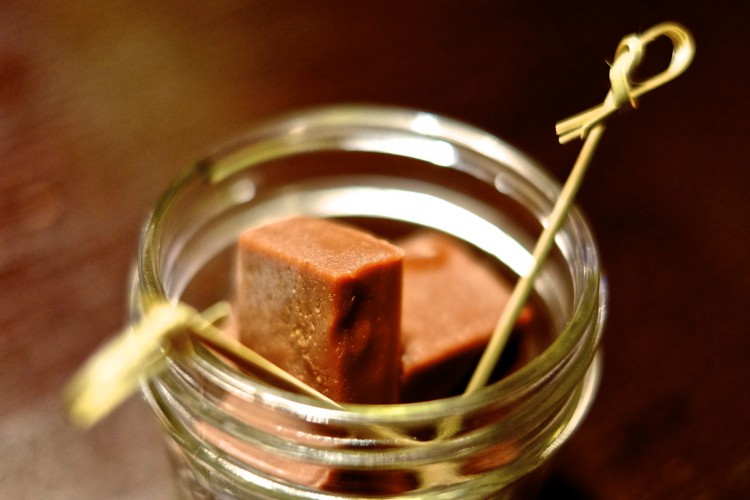