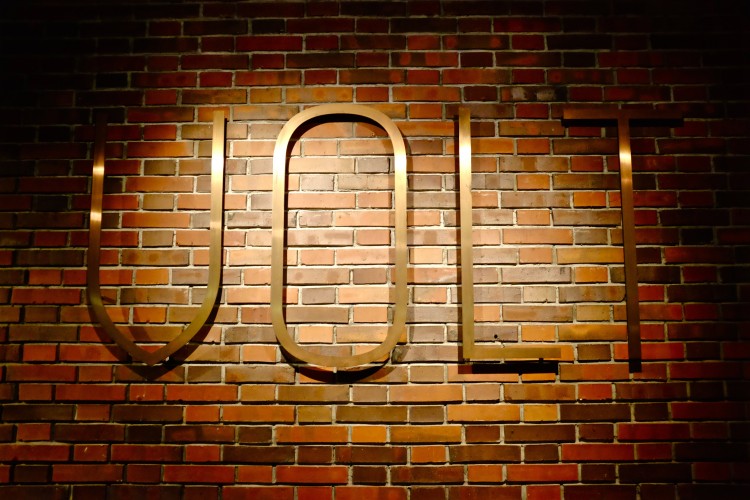 Kreuzberg has always been one of those edgy places. Marginalised by the close proximity of the Berlin wall for 28 years it has been the haunt of many a punk rock band of the 70’s, David Bowie and Iggy Pop were regulars. It seemed to exist because it was different not because it trying to be. Fast forward a few decades and what you have now is the Berlin equivalent of London’s Shoreditch. 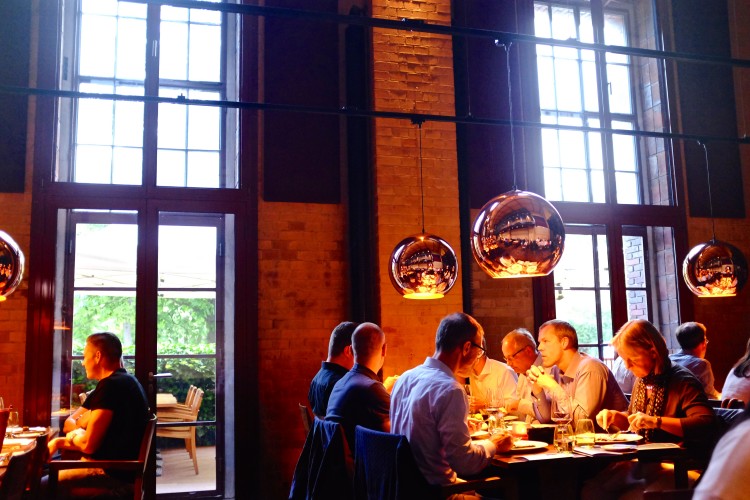 Run down squats and noisy nightclubs have been replaced with a slightly more gentile approach. It is also where I had my best meal in Berlin.

VOLT has been around for five years now but moves with the times. The kitchen changes the menu every three weeks or so to keep things ‘fresh’ and interesting for the chefs.   The enormous dining room was once a sub station hence volt. It is all bare brick and low hung lights, very appealing with an industrial feeling but no chill in the air. The staff were charming and confident. 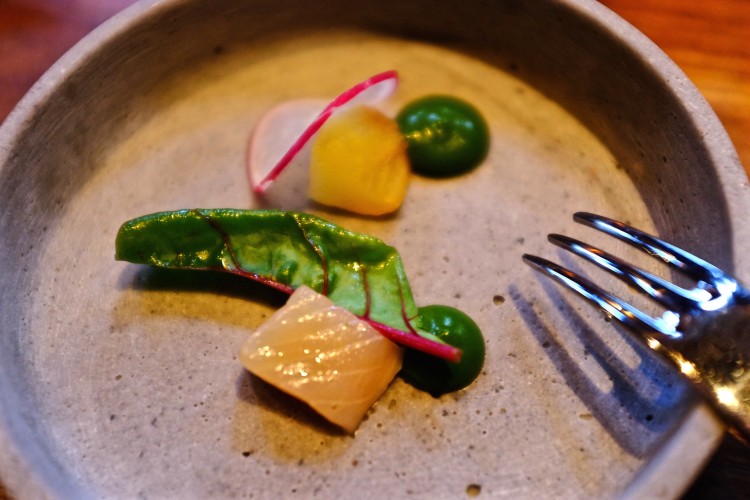 A couple of small amouse bouche came my way; a small piece of fish with a small salad and another on a dish of rocks was a kind of crispy bread. Butter of various hues accompanied the bread.

Sabrina the waitress looking after me had worked there for the last four years and loved it. The room was full soon after I arrived mid-week. “It’s always busy here” she smiled. 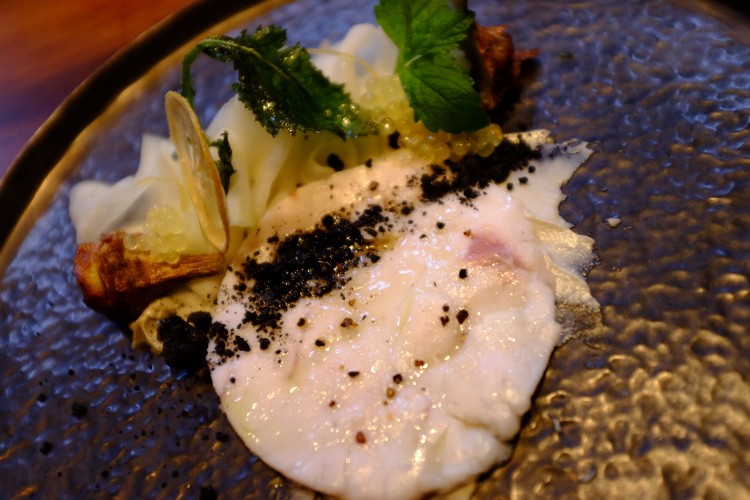 The Douro Callabriga 2010 was a good match to some of the subtle flavours running over my tongue. Portuguese wines are often overlooked I’d give them a try if you have the chance. 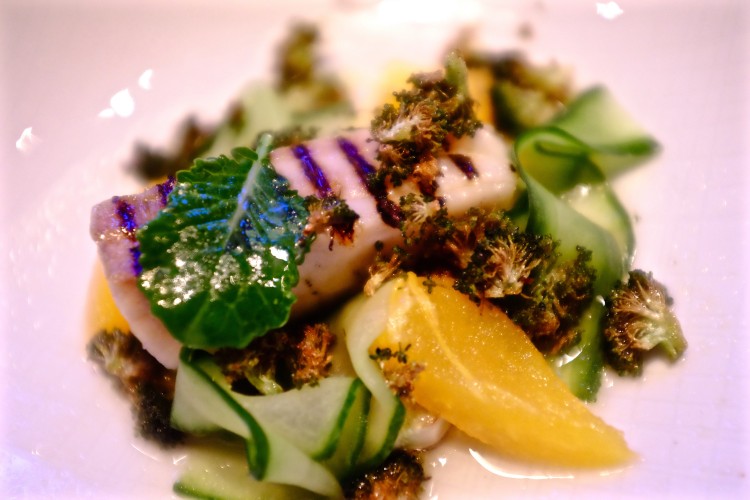 There followed a procession of plates of which none were nothing short of outstanding. Zander and artichoke with cumin was divine, subtle and totally moreish. Some whitefish that I think was pike came with butter and spinach. 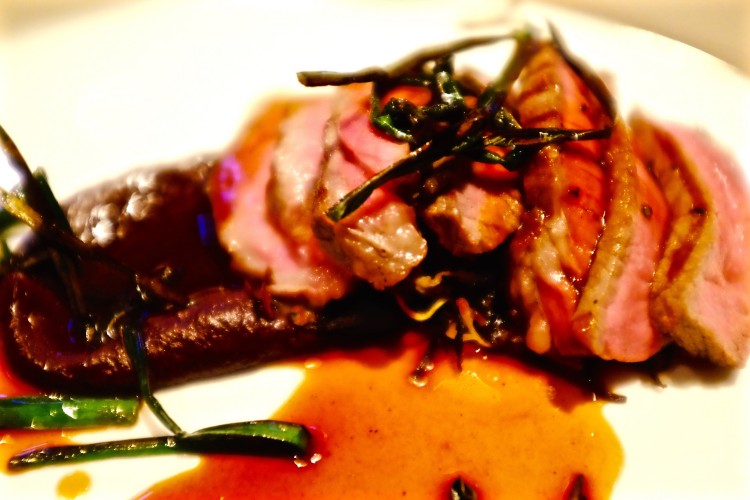 The beef with black pudding puree was the standout dish for me. Rich and velvety with a combination that sounds too heavy but it all worked beautifully.   It must also be said that as well as the food tasting superb it looks like a picture, every plate had its own personality, clean and attractive with just a hint of mystery.

Pork cheeks cooked slowly (so slowly they may have put these on when the restaurant first opened) were so melt in the mouth I wondered how they got them on to the plate without them falling apart. The sauce that made them sing was deep in flavour and very rewarding to eat. 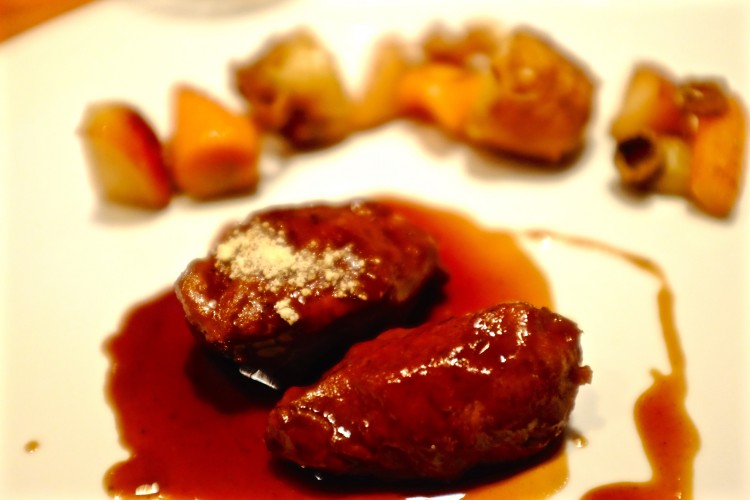 I chatted to the manager Sina Abrecht about the philosophy behind VOLT. It was a matter of pride for Mathew Gleiss the 44-year-old chef responsible for all this fantastic food that as much as possible is sourced locally. He has won numerous awards but Michelin has yet to come knocking. I don’t think it will be long. 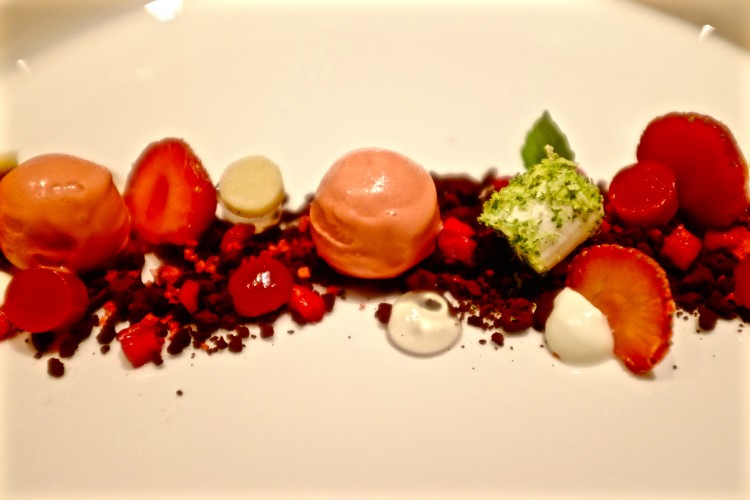 My meal was completed with a pretty chain of strawberries and elderflower an intricate dessert that packed a punch and looked as I had begun to expect – delightful. 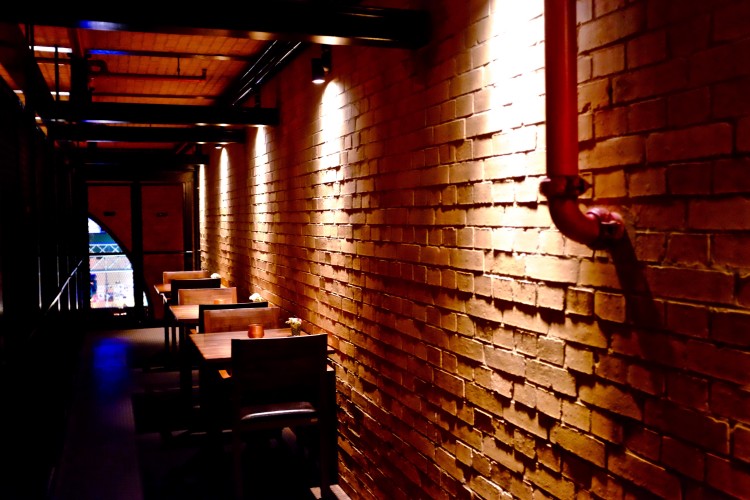 A gantry along one wall of the building provides a private space looking down on the others evening which might be just what you’re after. Either way it gives the restaurant a sense of scale and compels you to take notice of your surroundings (believe me it’s easy to not look around because the plates in front of you are so attractive and tasty)! 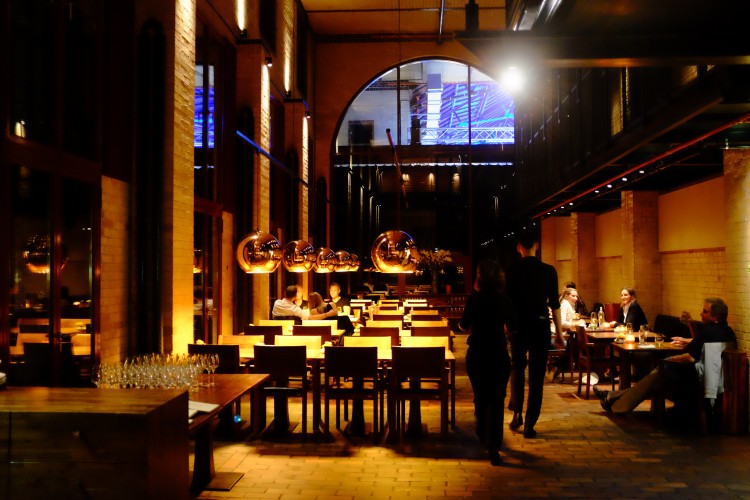 This modern German restaurant clearly has its followers and after my visit it has gained another. It offers sophisticated but fun dining with faultless food, impressive service and a cool location. What’s not to like?